For the love of babies 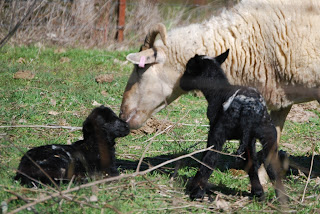 The other morning I went out for a walk to check the sheep and found these two.
Black is the new Black!
How wonderful to be able to capture this moment and look on (from a distance) while the ewe cleans her moments old twins. 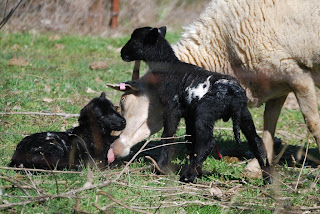 The Ethics of Eating Meat 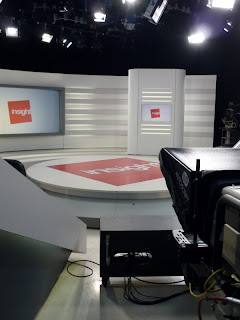 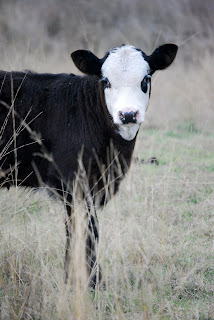 1. Moral principles that govern a person's or group's behavior.

2. The moral correctness of specified conduct. 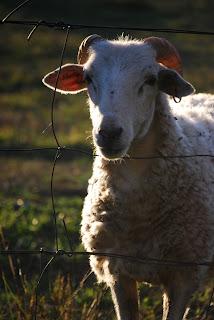 Firstly, I should state that I eat meat.  I always have and I can't see myself stopping at any point in the future.  I believe that growing sheep and beef on good grazing land is the most efficient way to convert the protein from the pasture that we cannot eat into a protein that we can.

Given the majority of the population eats meat, and given the above definition of the word 'ethics' I believe there is nothing wrong with enjoying meat in your diet. 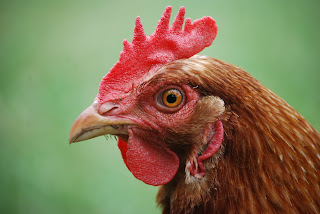 Not all meat is created equal, ﻿but it all has it's use.
What is culturally acceptable in some countries is not considered normal here, but that does not make it unethical in those cultures. Is it right (or ethical) to discriminate against a whole culture for it's beliefs in regards to what it is ethical to eat? I don't think so.  Make a personal choice, but remember that others may feel differently. 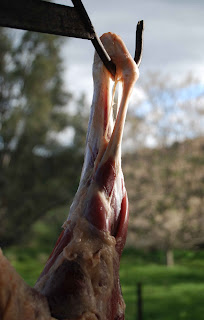 We grow our own meat here, both beef and lamb.  The sheep we have are meat sheep which are a breed that shed their wool (or hair) and as such do not require shearing, mulsing or crutching.

We slaughter, butcher and package here.  What could be more ethical?  No transport, no stress, no carbon footprint.  Not organic, but carefully managed.  I should mention that I  admire anyone who can make a go of organic livestock production, but that it is not for me.  I believe that organic is not always better.  I would give my sick child antibiotics to ease their pain and illness, and I would do the same for my animals when needed. 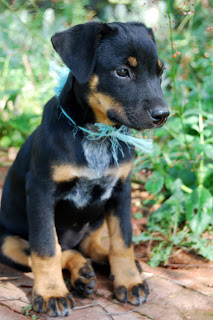 I wouldn't eat just anything, but can I judge those that would?

The only times I would consider the act of eating meat to be less than ethical would be if the animal was not treated well during it's life or not slaughtered in a humane way.  This also means different things to many people.  Having been inside around 45 Australian Abattoirs I am glad we have high standards here and I am very glad that Australian farmers are great advocates for animal welfare.  Trust me on that, our animals in many cases are our income, or our ability to feed our family.  Also, I would not eat something endangered, I don't want to be part of a species disappearing.
Edit: I should have said a big thank you to SBS Insight for the opportunity to be on the show.  It was  a wonderful experience and we all enjoyed it a lot.  SBS was wonderful in organising the flights, motel, taxi tabs and someone to look after the children while we were on air.  Thank you :)
Posted by Becky at 3:54 PM 3 comments: 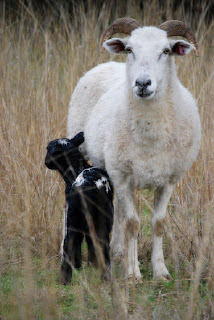 A couple of nights ago we had rough winds and rain.  I have only been a sheep cocky for 12 months but I am a quick study so I took a wild guess and thought perhaps that was the kind of night a lamb would choose to put in an appearance.
I was right!
Our first Dorper x Wiltshire Horn and first lamb for the season.
Funny looking thing but I am already starting to get used to it.
The colour of the wool makes no difference here because these are actually meat sheep and they shed their wool, which is actually more like hair than wool, so there is no shearing or crutching.  Wool colour can be an issue in the shearing shed as it can downgrade the clip due to dark fibres being unsuitable for dying and further processing. 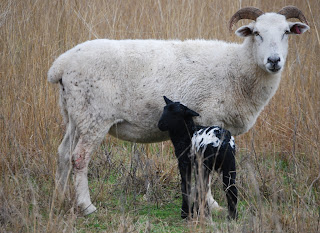 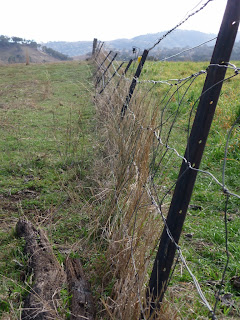 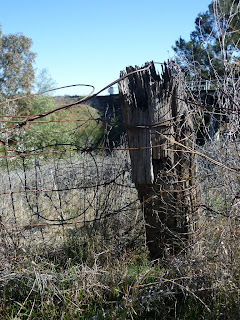 If good fences make good neighbours we had some work to do...
Over the past few weekends or so we have straightened fences, tidied up wires and put electric outriggers up with a hot wire.  We have done two boundary fences and have two to go in addition to any internal fences that would benefit from some work. 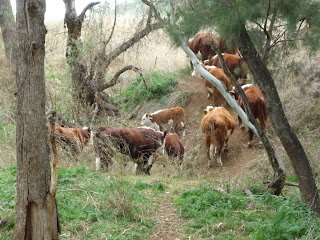 The creek paddock is next on the agenda as these are the neighbours cows that have gotten in and are beating a hasty retreat as we hunt them out, again.  We have a weekend scheduled in awhile so we can work together with the neighbours and pull up the old fence and start again.  It will be great when this is done as we have been here over 12 months now and as yet have not been able to run stock in the creek paddock as yet.  Given how dry it is here right now the extra feed in there would be handy for our own few cattle.
Posted by Becky at 5:09 PM No comments:

60 Minutes - Live Export Ban
The story run by 60 minutes shows that despite the Government lifting the ban nothing has changed for the many families in this industry.

There is also a transcript of the live chat with Marlee after the show aired.
Posted by Becky at 9:13 AM No comments: