Yesterday we went for a walk to check on things after being away for the week.  I was glad I had the camera with me when I saw how beautiful the Paulownia trees were now that they are in full flower. 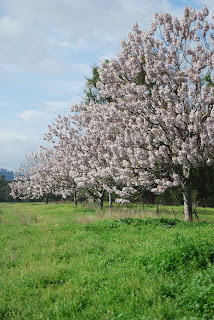 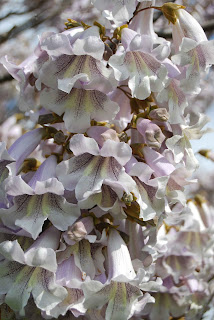 They are deciduous trees 12–15 m (40–50 ft) tall, with large leaves 15–40 cm across, arranged in opposite pairs on the stem. The flowers are produced in early spring 10–30 cm long and resembling a foxglove flower. 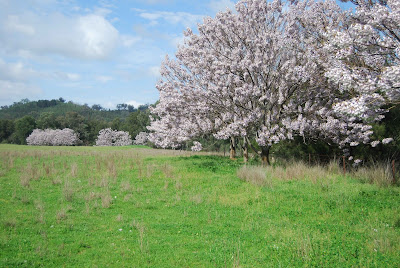 ﻿
From Wikipedia: Paulownia is extremely fast growing; some species of plantation Paulownia can be harvested for saw timber in as little as five years. Once the trees are harvested, they regenerate from their existing root systems, earning them the name of the "Phoenix tree." Paulownia has the ability to reclaim ecologically stressed and degenerate patches of land relatively quickly. Its root systems run deep and penetrate compacted and contaminated soils which have resulted from industrialized development. Paulownia is a phyto-remediator, increasing the organic content of degraded soils, processing and filtering contaminants through the uptake of its vascular system, and emitting oxygen into the atmosphere.
Posted by Becky at 12:07 PM No comments:

Before and After ~ The Wood Shed

It is fun showing before and after photos, it makes me feel like we are getting somewhere! 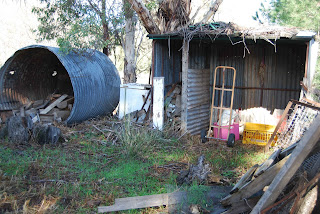 We moved the shed forward, tossed out the junk and attacked the leaf litter with the rake.
It is a much better wood shed now. 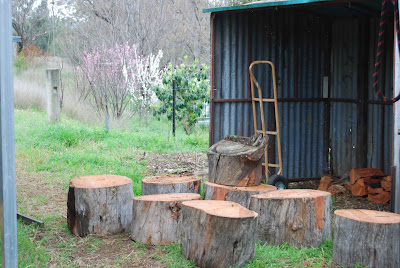 Before and After ~ The Shed

A lot of things on our block need work, and some of it is little stuff, and some of it big stuff.
This is big stuff I think so it feels good to have it done.
We took advantage of the Mr's folks coming up for a visit and while I had a babysitter on hand and my Father in-law to help with the hard work we cleaned out this shed before the scrap man came. 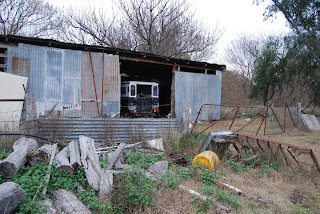 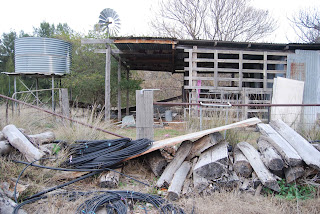 We pulled the iron off the front to open up all the bays, we cleaned the rubbish out, burned the piles of wood and cleaned everything up.  We took a large load to the tip and the scrap men took a lot. 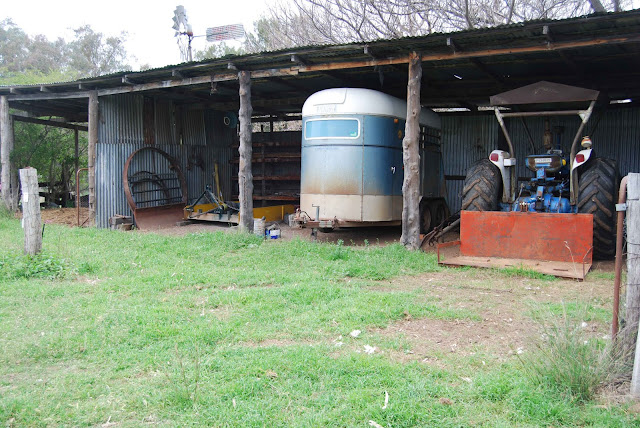 It feels good to have a shed we can use properly, and it looks a lot better too.
Posted by Becky at 2:04 AM 2 comments:

Labels: Before and After, Sheds 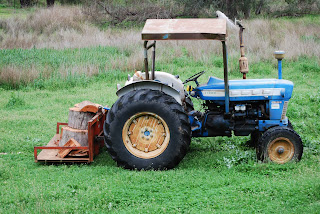 We went to a local clearing sale yesterday which is a fun day out for everyone.  The kids loved looking at everything and Possum made a new friend in a little boy and tagged along beside him most of the day. 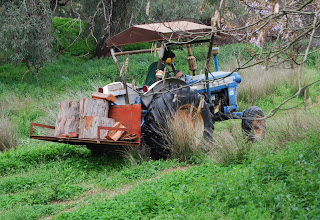 The Mr. bought a Carry All for his tractor which he has already put to good use in bringing up some of the large blocks of wood ready to be busted for the fire.﻿

I missed out on the crate I wanted for the trailer but you never know, I might get lucky at the next sale ;)
Posted by Becky at 12:19 PM 1 comment: